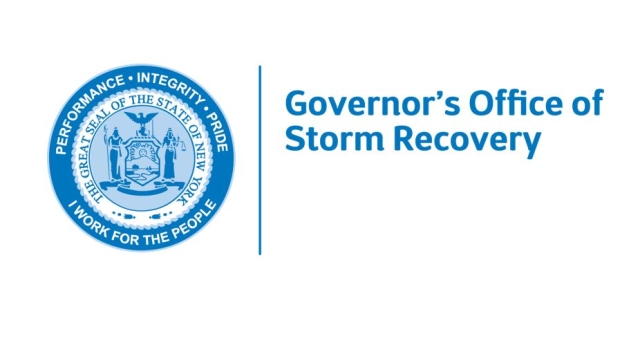 "Time and time again, New York has been on the receiving end of the worst effects of climate change," Governor Hochul said. "We are committed to adapting and hardening our state's infrastructure to prepare for whatever Mother Nature throws our way. With the completion of the Broad Channel resiliency project, South Queens and the area's vital community centers will be safer and better able to provide the services New Yorkers need when disaster strikes."

Lieutenant Governor Brian Benjamin said, "I am glad to today cut the ribbon on the Broad Channel Resiliency Project, a culmination of so many city, state, and federal partners coming together to address the devastation that Sandy once wreaked on New Yorkers. Climate change is here, and one of its most devastating impacts is the effect of rising storms on neighborhoods like Broad Channel. With this $5.5 million investment, the State can better ensure the protection of critical community organizations, including the Broad Channel Athletic Club and American Legion Hall."

Broad Channel, the only inhabited island in Jamaica Bay, is prone to flooding and was one of the most severely impacted by Superstorm Sandy. The community experienced loss of life, housing, and infrastructure. Bridges connecting Broad Channel to the mainland of Queens were closed, which left many residents stranded on the island as it was enveloped by storm surge as high as six feet and by backdoor flooding from Rockaway Inlet. During the storm, the American Legion Hall and Athletic Club served as crucial gathering points for residents to assist one another and distribute food and supplies — despite damages the storm inflicted on these facilities.

Executive Director of GOSR Katie Brennan said, "Our climate is changing, and major storms are more frequent, as we were reminded earlier this fall when Ida wreaked havoc in Queens and across New York. Through our community-driven grassroots process, GOSR is helping to ensure these vital community centers remain the safe spaces that Broad Channel residents depend on, and that they are able to provide critical resources and recovery assistance in the event of the next storm."

The project was completed in partnership with the Dormitory Authority of the State of New York (DASNY).

DASNY President and CEO Reuben R. McDaniel, III said, "We are proud to collaborate with GOSR on the Broad Channel project, as well as those around the state, that are critical for protecting and rebuilding areas impacted by severe weather. We're grateful to Governor Hochul for her continued support of this important initiative and her commitment to strengthening communities all across New York."

Senator Chuck Schumer said, "A decade after one of the worst storms in our State's history, Hurricane Sandy, the completion of the Broad Channel Resiliency Project ensures this community is stronger in the face of future storms and flooding," said Senate Majority Leader Charles E. Schumer. "We must continue to make bold investments in resilience so that our communities can weather the increasingly powerful storms battering our state, fueled by the changing climate. I am proud to work closely with Governor Hochul and Mayor Adams as we strive to build back a stronger, more resilient New York."

State Senator Joseph Addabo, Jr. said, "This ribbon cutting ceremony is cause for celebration here in Broad Channel. This community was hit hard by Hurricane Sandy, and to be able to now say that we have more resiliency measures in place means they will be better protected from future storms. I want to thank the Broad Channel community for their persistence in getting these measures in place, and Governor Hochul and all the government agencies that worked to advance this project. I look forward to working further here in Broad Channel to bring additional resiliency measures to keep this community and its residents safe."

Assemblymember Stacey Pheffer-Amato said, "Superstorm Sandy decimated our community. It's been a long road to recovery, but we had a united front and worked together to reach this accomplishment. We are thankful for Governor Hochul's fierce support for storm recovery and know that the Governor's Office of Storm Recovery will continue to work with the resilient people of Broad Channel and all other communities affected by these dramatic storms."

Queens Borough President Donovan Richards, Jr. said, "From Superstorm Sandy to Hurricane Ida, Queens is far too familiar with the devastating impacts climate change can have on vulnerable communities like Broad Channel. Queens also knows the critical importance of resiliency efforts like these to defend against sea level rise and future storms. By ensuring the Broad Channel American Legion Hall Post 1404 and Broad Channel Athletic Club, two critical hubs of this South Queens community, are more resistant to flooding, government is taking a proactive approach toward supporting and empowering Broad Channel families if and when another major storm strikes. Thank the Governor's Office of Storm Recovery for its efforts here in The World's Borough."

Through the NY Rising Community Reconstruction (NYRCR) and Infrastructure Programs, the State takes on a variety of initiatives developed during its bottom-up community planning process to improve resiliency, protect critical infrastructure, mitigate the risks of loss and damage associated with future disasters, and reduce hardship.

Now in the implementation stage, GOSR works with a variety of municipal, county, and non-profit partners to bring hundreds of locally devised proposals to fruition.