The Dormitory Authority of the State of New York (“DASNY”) is releasing this Request for Information (“RFI”) to determine interest and solicit information from qualified parties to form a privately held debt fund organized as a New York limited partnership (the “Fund”)  to finance the establishment and development of retail cannabis dispensaries (“RCDs”) in the State of New York for the benefit of social and economic equity applicants (as defined in the New York State Cannabis Law) selected and licensed by New York State Office of Cannabis Management (“OCM”), and to serve, whether acting directly or through their affiliates, as fund sponsor, general partner and investment manager of the Fund. The Fund shall be limited to the public policy goal of promoting and facilitating, for the benefit of communities and people disproportionately impacted by enforcement of the cannabis law, the use by social and economic equity applicants of sufficient land, building and equipment to properly conduct the commercial activity for which they have been granted a license.

This RFI is a formal, non-competitive, pre-procurement informational inquiry that is being released to secure market information and input on the structure outlined below (“Proposed Structure”) in the event that DASNY (including any subsidiary thereof) and OCM are granted the legislative authority currently under consideration by the New York Legislature to undertake the roles described in this RFI.  If DASNY and OCM are granted such legislative authority, and a determination of need for a procurement has been identified, DASNY will procure for these services through a formal Request for Proposal (RFP) process and will solicit responses from qualified and responsible vendors.

This is not a Request for Proposal. Information received under this RFI may be considered in any future procurement relating to the establishment and development of Social-Equity RCDs or other cannabis related initiatives. Consequently, it is understood and agreed that no obligation or commitment is made by DASNY or OCM to any Respondent submitting a Response.  The submission of a Response is not required to participate in any potential future Request for Proposals. 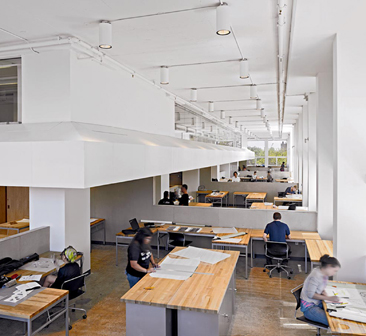 Follow these links to view policies, forms, guidelines and procedures for doing business with DASNY.