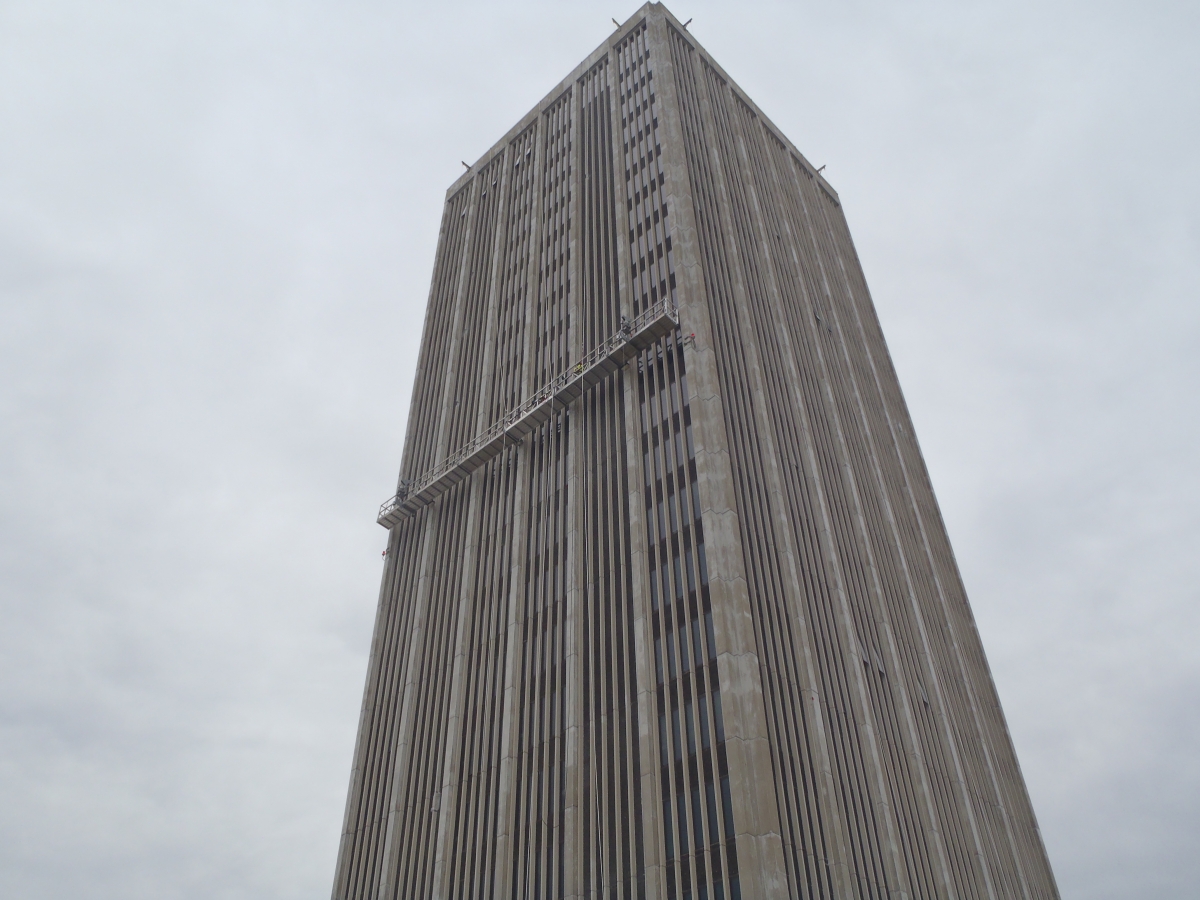 The University at Albany, Campus Renovations

DASNY renovated SUNY University at Albany’s Onondaga and Oneida residence halls in 2016. The work for Onondaga was a full renovation and included new heating, electrical and plumbing systems, windows, flooring, painting and furniture. The construction work was led by DASNY Project Manager Sam Gleason, whose team has worked with the University at Albany for years and has developed a rapport and reputation with the University’s Office of Facilities Management and the Office of Residential Life that has made UAlbany a repeat DASNY customer.

Diana Delp, Architect and Assistant Director in the Office of Architecture Engineering & Construction Management at UAlbany said,“we see DASNY as an extension of our staff and we rely on their guidance in navigating the complexities of the contracting and regulatory environment. As a permitting agency with on-site staff, partnering with DASNY, allows University at Albany to more quickly see projects through fruition. Working with DASNY means getting things done – and getting things done right! DASNY puts our needs and the needs of our students first.”

DASNY is also in the process of modernizing the elevators in Eastman, Livingston and Stuyvesant towers.

In the summer of 2017, DASNY embarked on an exterior tower façade project at UAlbany. The work was to seal, strengthen and protect the exteriors of the original buildings designed by architect Edward Durell Stone. The result was to help maintain the integrity and design of these 20th century modern masterpieces.