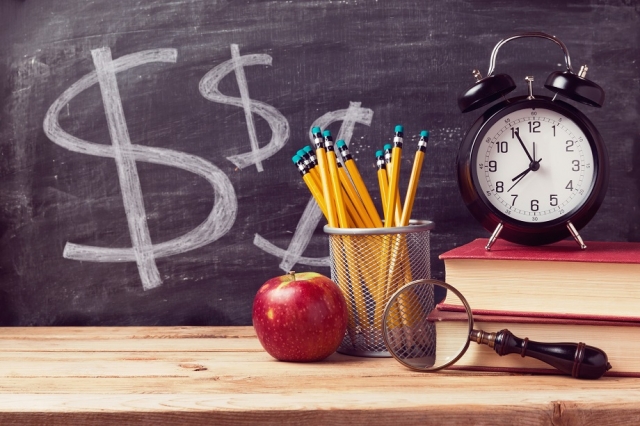 Governor Andrew M. Cuomo today announced approximately $585.2 million in low-cost, tax-exempt bonds has been issued through the Dormitory Authority of the State of New York on behalf of 56 school districts. This financing is the largest pooled school district issuance in DASNY history.

"New York is committed to providing students of all ages with an education that will help them reach their greatest potential," Governor Cuomo said. "By modernizing academic facilities and learning environments across the state, we are supporting the next generation of leaders and laying the foundation for a stronger, more competitive Empire State."

"Our schools require the resources and services they need to provide students with a quality education in a productive learning environment," said Lieutenant Governor Kathy Hochul. "The nearly $600 million in bonds for school districts across the state will allow districts to upgrade their facilities and address inefficiencies in the classroom. New York is aggressively working to ensure that all students have equal opportunities and are poised for future success."

The issuance is part of DASNY's School Districts Revenue Bond Financing Program, which provides public school districts across New York State with an efficient financing alternative. Since the inception of the program in 2002, DASNY has issued 90 separate series of bonds on behalf of more than 200 school districts statewide, providing more than $5 billion in low-interest financing.

Financing issued by region below:

DASNY President & CEO Gerrard P. Bushell Ph.D. said, "DASNY is proud to provide low-cost financing support to these local school districts and help keep New York's economy moving forward. The projects funded by these issuances will ensure students can continue to learn and grow in modern facilities designed for them to achieve success."

Senator Carl Marcellino, Chairman of the Senate Education Committee said, "Investing in our students is paramount to their success. These financings will go a long way to helping enhance New York's education system and will allow districts to make needed improvements. Thank you DASNY and Governor Cuomo for supporting students across the State."

Central Valley School District Superintendent Jeremy Rich said, "These projects were designed specifically with student education and safety in mind. Thanks to DASNY, we are able to provide our students with 21st century facilities and give them the tools they need to prepare for the next level."

Clarence Central School District Superintendent, Geoffrey M. Hicks Ed.D. said, "From security to athletic field upgrades, we are thrilled to be able to provide safe and enjoyable environments for our students to learn and play. We thank DASNY for its financing assistance role in making this possible, helping Clarence Central Schools exemplify the best of Western New York."

Fairport Central School District Superintendent Brett Provenzano said, "In order to provide our students with the highest quality education possible, we are focused on making sure they have safe and secure facilities where they can learn. With the financing assistance from DASNY, we were able to maintain our high standard of excellence throughout the district."

Gouverneur Central School District Superintendent, Lauren French said, "These upgrades are going a long way to ensuring students in the Gouverneur district are learning in some of the best-in-class facilities not only in the North Country, but in the state. With financing assistance from DASNY, we were able to ensure our schools are 21st century ready, giving our students what they need to succeed."

Highland Central School District Superintendent Thomas M. Bongiovi said, "The Highland Central District prides itself on making sure its students have the tools they need to succeed. With the financing assistance from DASNY, we know that our facilities have been upgraded to 21st century standards, providing a safe and secure learning atmosphere."

Hornell City School District Superintendent Jeremy P. Palotti said, "We are extremely grateful for the financing assistance from DASNY, and for the upgrades that support allowed us to make throughout the district. Our students know when they walk through the doors they have the support of a district whose mission is to give them every tool they need to succeed."