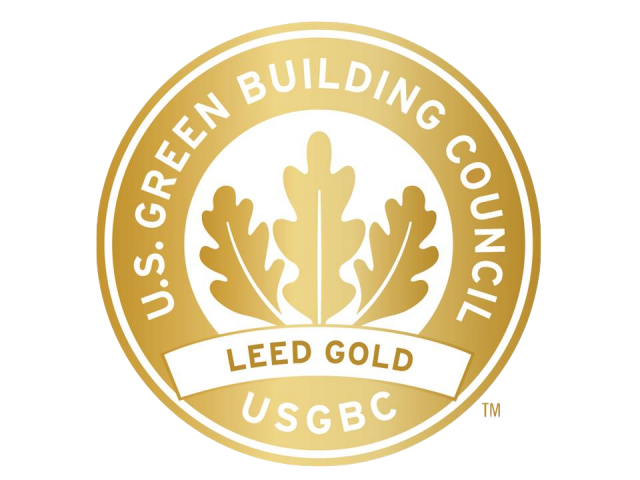 ALBANY, N.Y. -- Gerrard P. Bushell, Ph.D., President and CEO of The Dormitory Authority of the State of New York (DASNY), announced today that DASNY’s headquarters in Albany has been certified as LEED-EB (Leadership in Energy and Environmental Design – Existing Building) Gold by the U.S. Green Building Council (USGBC).

DASNY’s headquarters is one of the first New York State government existing buildings to be LEED rated. It secured its initial Gold designation in 2012. The energy efficient improvements made to secure this year’s certification reaffirm DASNY’s commitment to sustainable approaches and green initiatives.

“DASNY helps clients throughout New York curb their energy usage and reduce operating costs,” said Dr. Bushell. “It is paramount that DASNY leads by example and makes its own positive commitment to energy saving practices. By operating as efficiently as possible, we will dramatically reduce DASNY’s energy usage and generate savings for the State.”

DASNY also installed an automated Building Management System to save energy while providing an ample supply of ventilation throughout the building. As well, DASNY worked with building occupants to determine appropriate variations in temperature: warmer during the summer months and cooler during the winter months. This ensures optimal air quality and provides significant energy savings.

DASNY’s headquarters was recertified using the Arc Skoru Inc. system (ARC) created by Green Business Certification Inc. (GBCI) to connect people all over the world and inspire them by showcasing inspirational sustainable actions and energy-efficient technologies. The system calculates and analyzes building performances based on a global dataset and action-oriented strategies across five categories: energy, water, waste, transportation and human experience.

DASNY educates and encourages clients to engage in continual improvement using tracking and user engagement strategies. Through ongoing processes focused on energy optimization, DASNY has saved more than $2.5 million in energy costs at its Albany headquarters since 2009.

DASNY is working to fulfill the goals of BuildSmartNY, a comprehensive statewide initiative launched by Governor Cuomo in 2012 that calls for an increase in energy efficiency in state government buildings by 20 percent by 2020. Through 2017, state buildings have thus far reduced their energy use by more than 11 percent under the program, resulting in an estimated $45 million in avoided energy costs and 222,000 tons of avoided greenhouse gas emissions in 2017 alone. In addition, energy efficiency and renewable projects currently being developed and installed will lead to a further reduction in energy use in state buildings by an estimated 5.3 percent, resulting in a collective 16.4 percent reduction from the baseline year.

Reforming the Energy Vision is Governor Andrew M. Cuomo's strategy to lead on climate change and grow New York's economy. REV is building a cleaner, more resilient, and affordable energy system for all New Yorkers by stimulating investment in clean technologies like solar, wind, and energy efficiency. This program is in support of the recently adopted Clean Energy Standard, which requires that 50 percent of the state's electricity needs be generated from renewable energy sources by 2030. Already, REV has driven 600 percent growth in the statewide solar market, enabled over 105,000 low-income households to permanently cut their energy bills with energy efficiency, and created thousands of jobs in manufacturing, engineering, and other clean tech sectors. REV is ensuring New York State reduces statewide greenhouse gas emissions 40 percent by 2030 and achieves the internationally recognized target of reducing emissions 80 percent by 2050. To learn more about REV, including the Governor's $5 billion investment in clean energy technology and innovation, please visit www.ny.gov/REV4NY and follow us at @Rev4NY.

﻿It is one of the largest issuers of tax-exempt bonds in the nation with an outstanding bond portfolio of approximately $52.6 billion as of September 30, 2018.

DASNY is also a major public builder with a construction pipeline of 977 projects valued at more than $6.5 billion as of September 30, 2018.